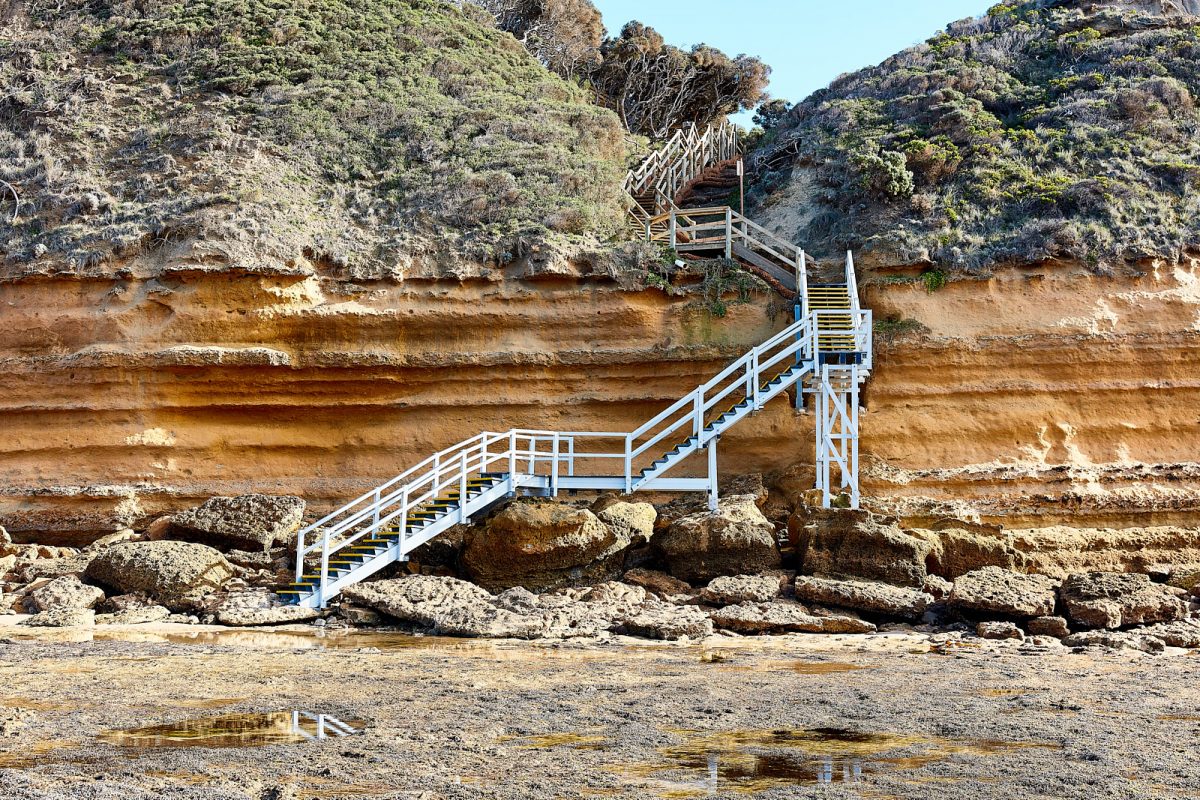 Works on a replacement of the stairs at popular surf access point Steps and Boobs in Jan Juc are now complete.

Works to replace the beach access stairs, upper tier lookouts and boardwalk sections commenced in April and were completed in early June.

The second stage of the project included the demolition and construction of the lower section of stairs spanning the cliff base and boulders – this work commenced in May and was completed in early July 2019.

Following a detailed design process, works commenced in April 2019 on a replacement of the stairs at popular surf access point Steps and Boobs. The works are a result of storm damage that occurred in June 2017.

The works are funded by the Great Ocean Road Coast Committee capital works program and a $60,000 grant from Department of Environment, Land, Water and Planning (DELWP) Coastal Environments Grant Program.

Works to replace the beach access stairs, upper tier lookouts and boardwalk sections commenced in April 2019 and were completed in early June 2019.

Ken Northwood, Chairman of the Great Ocean Road Coast Committee said the organisation had gone to public tender for the important upgrade with works targeted to begin as soon as possible, depending on weather and contractor availability.

“Steps is obviously an icon of the surf coast and leads the way to three popular surf breaks,” said Mr Northwood.  “Current engineering advice is that while the current structure is safe to remain open, a replacement needs to be prioritised, which we have done.”

The lower tier replacement stairs will be a non-slip fibre reinforced material in a similar alignment to the existing stairs. The non-slip surface is designed to be safer and to meet the predicted impacts of climate change. The upper tier stairs and lookout will be replaced in timber. Upgrades to drainage will also be completed to help prevent erosion.

The design and footings have been overseen by geotechnical and coastal engineering experts.